Carbon Finance Systems: What Is Involved, and How Can You Participate? 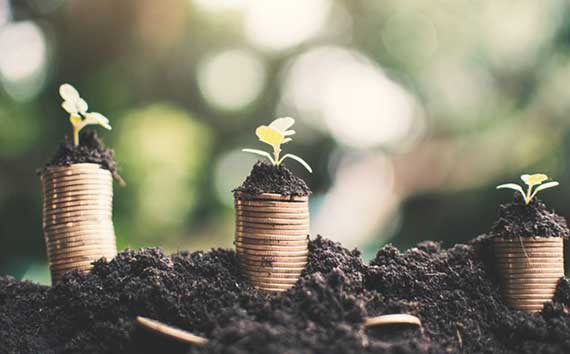 Carbon finance provides inventive ways to combat the most significant contributors to climate change and global warming: greenhouse gas (GHG), and in particular carbon dioxide, emissions. The idea behind carbon finance is to create climate action systems in which carbon becomes measurable, and incentives are devised so that individuals and businesses choose to reduce their overall emissions.

This is performed through various models that are all centered around the idea of creating and retiring carbon offset credits. Today, we’ll explore carbon finance. We’ll look at how it works and the differences between compliance and voluntary markets. Then, we’ll view how governments and the private sector are involved in carbon finance along with how anyone can get involved in the voluntary carbon market.

What Is Carbon Finance?

Carbon finance involves the creation, allowance, and exchange of carbon credits, or carbon offsets, in voluntary markets and compliance-based markets. The basic idea of carbon finance is that businesses and individuals can offset their carbon footprint by purchasing or using carbon credits that represent the reduction of one metric tonne of carbon dioxide from the atmosphere.

The purpose of carbon finance is to reduce global carbon emissions. It serves as a financial mechanism aimed to incentivize and provide opportunities for businesses and individuals to reduce their carbon output. Carbon finance offers an immediate opportunity to reduce the overall effects of climate change by promoting GHG emission reductions.

What Are the Traditional Tools of Carbon Finance?

The traditional tools of carbon finance include the creation or allowance of carbon credits, which can then be purchased or traded in compliance markets or voluntary markets. This financial mechanism places value on the reduction of carbon itself, thus making it a tradable item.

Turning emission reductions into tradable carbon credits creates a market under which the economy can be stimulated and the state of the environment can be improved. Below, we cover the traditional tools of the carbon finance market: carbon credits and the markets they are traded in.

How Are Carbon Credits Created?

For carbon finance to work, carbon credits need to exist. Carbon credits are created when one tonne of carbon dioxide is removed from the atmosphere. This can be accomplished through project management companies that own and operate low-emission projects that remove and reduce atmospheric carbon concentrations. The other method also reduces the overall concentration of carbon and is accomplished when companies alter their business practices to purposefully reduce their emissions.

First, let’s look into carbon credits created by sustainability project operations. These projects record and verify that they have successfully sequestered or prevented one tonne of carbon from entering the atmosphere and, in doing so, create carbon credits. Some examples of these projects include wind power and forestry projects, along with methane gas capture from farms, landfills, and abandoned coal mines. These companies then sell carbon offset credits to those who wish to purchase them.

Another way carbon offsets are made is when companies can verifiably reduce their business-as-usual emissions. For each tonne of carbon reduced, the business entity can create a carbon offset that can be traded to other companies who want to offset their greenhouse gas emissions.

Both methods of creating carbon credits achieve the common goal of reducing emission levels, which helps slow the warming effect caused by excessive quantities of greenhouse gases in the atmosphere.

In voluntary markets, carbon credits are exchanged between the companies that own and operate offsetting projects and the businesses and individuals who want to offset their emissions. Individuals and companies can choose to purchase carbon credits at any time. The money used to buy carbon credits is put back into new renewable energy projects or used to maintain operations of current projects. In this manner, the money carbon finance generates continues to increase the positive effect this financial mechanism has on the environment.

In compliance markets, business entities that are involved are granted a certain number of credits per year. These credits represent the number of emissions they are allowed for that given year. Companies can choose to cash in these credits at the end of the year to offset their emissions, or they can choose to alter their business operations and reduce their emissions for that year and then sell any excess credits they possess to other companies who need them. This way, the environmental impact of large-scale industry can be reduced.

What Roles Do Governments and Industries Have in Carbon Finance?

Carbon finance involves government-imposed programs surrounding carbon compliance and how private industries respond to those mandates. In the wake of changing climate policy, many enterprises have had to alter their business practices to reduce emission levels and meet policy requirements. Policy that promotes carbon finance compliance markets has the potential to dramatically reduce the impacts big business has on climate change.

It’s not just about companies changing their business models, though, as some entities in the private sector have started to capitalize on climate investment opportunities that have come out of compliance markets. Let’s look into some of the ways governments and the private sector’s relationship affects carbon finance markets.

Incentives for businesses looking to create green projects are an excellent way for governments and the private sector to work together. Green bonds and loans that cater to green project companies do a fantastic job of creating these opportunities.

In China, for example, the required Green Credit Guideline was issued by the China Banking Regulatory Commission and the People’s Bank of China and has resulted in 10% of the portfolios of China’s biggest banks consisting of loans given out to green projects. As another example, in Malaysia, 28 financial institutions have participated in 319 green projects, resulting in $875 million worth of loans as of 2018.

Another option is a green bond, which offers an opportunity for stakeholders to invest in projects that reduce global emissions. Green bonds often come with tax incentives because they fall under the category of an environmental, social, and governance investment.

Carbon taxes are a straightforward system in which governments tax businesses and individuals for their CO2 emissions. The purpose of a carbon tax is to incentivize businesses and consumers to change their practices in order to avoid paying the tax.

These taxes apply to direct emissions due to business activity. They also apply to consumable goods linked to rising greenhouse gas emissions, like gasoline at the pump. Taxing emissions and goods like fossil fuels will provoke businesses and individuals to reduce their carbon footprints. A carbon tax would work to involve both companies and consumers in altering their practices so that we can see a reduction in carbon dioxide levels.

Carbon taxes have not been implemented in all countries around the world, but it has been utilized by some jurisdictions for quite some time. For example, British Columbia has had an active carbon tax since 2008. In the United States, Boulder, Colorado implemented a voter-approved carbon tax in 2006.

A cap and trade system is a compliance market system that sets a cap on the amount of carbon a business can emit over a period of time. The cap decreases as time goes on, so overall emissions drop.

The trade element of these systems involves trade between entities that fall under the cap and trade system mandate. Companies can sell their carbon credit allowances to other companies who need them to cover their emissions to avoid fines.

Cap and trade systems allow governments to control the number of emissions from specific business sectors. The environment of a cap and trade system creates competition and incentives for businesses to reduce their emissions more quickly than the set cap. Companies benefit from reducing their emissions because they can avoid fines and sell any excess carbon credit allowances for a profit to other companies under the system.

Cap and trade systems have been proven to reduce carbon dioxide emissions. As of 2018, the European Union’s Emissions Trading System successfully reduced emissions by 29% from when the program began in 2005. California has also had success with its cap and trade program, reducing covered entities’ emissions 10% in five years.

What Is Climate Finance?

Climate finance is similar to carbon finance, but it is concerned with climate-related financial flows from wealthier entities to less wealthy entities, whether government or private finance. An example is rich nations supporting sustainable development projects in developing nations by using methodologies such as installing financial instruments that promote low-carbon and clean energy projects.

There are many organizations and protocols that aim to control climate finance flows to reduce climate risks around the world but especially in the least developed countries, which are often the most vulnerable countries for climate disasters like flooding and droughts.

These international climate finance initiatives include the Kyoto Protocol, Paris Agreement, Green Climate Fund, UNFCCC, and the Global Environment Facility (GEF), to name a few. The common goal of these entities is in leveraging financial resources for the mobilization of carbon mitigation project development in nations around the world that do not have access to vast financial resources.

Some of the carbon projects climate finance aims to develop are reducing the effects of deforestation, improving energy efficiency, and generally improving the quality of life for individuals who live in developing nations.

How to Participate in the Voluntary Carbon Market

While government regulations on emissions go a long way in reducing carbon levels, even more can be accomplished with the help of individuals and businesses who do not fall under mandatory carbon markets. This is where the voluntary market becomes so essential. When individuals and companies take responsibility to offset their emissions, we can work toward a significant reduction in carbon levels at a much faster rate than with compliance markets alone.

Whether you want to offset a flight you took or you’re looking to offset the carbon footprint of your energy use each month, Terrapass has offsetting options that are designed to fit anyone — from individuals all the way up to large businesses. These offsets are created by wind power projects and gas capture at farms, landfills, and abandoned coal mines. Plus, Terrapass meets specific carbon offset standards to guarantee the offsets you purchase count for a real reduction in CO2.

Blockchain Solutions Are the Latest Way to Participate in Carbon Finance

One of the newer ways to participate in investing, trading, and retiring carbon credits is to purchase carbon credit cryptocurrency, like the Terrapass Coin (TPSC). What is unique about carbon credit cryptocurrency is that you can buy and hold the coin for as long as you would like, treating it as a trading asset. You will have complete control over the coin: You can hold onto it, give it as a gift, or retire the coin. Retiring the coin removes it from the market and acts as an offset credit to reduce your carbon footprint.

Carbon Finance for the Future of Earth

Whether it’s the voluntary market or the compliance market, carbon finance models create an outstanding opportunity to reduce our environmental impact. The traditional tools of carbon finance have paved the way for cooperation between governments and the private sector. Meanwhile, the voluntary market provides individuals and businesses with the ability to effect change in the world around them.

With the latest carbon offsetting methods coming out in the form of cryptocurrency offsets, we are heading in the right direction by providing financial models to improve the state of our planet for a climate-resilient future.

The post Carbon Finance Systems: What Is Involved, and How Can You Participate? appeared first on terrapass.