Roundup of the Most Endangered Species in the World 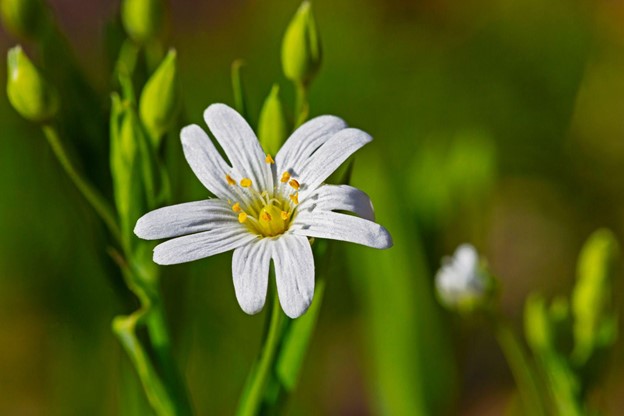 The world we live in is constantly changing and evolving, and so are the species of plants and animals living in it. With this change also comes the occasional extinction or endangerment of a species.

Both can come about for many natural reasons, like a lack of prey, excessive predation, and the arrival of invasive species. However, human activity, such as overdevelopment, mining for natural resources, climate change, and more, can also result in an extinct or endangered species.

Below, we’ll look at some of the plants that have become extinct as well as some of the endangered animal species.

What Causes Endangerment and Extinction?

But according to the United States Geological Survey (USGS), extinctions are occurring at higher rates than what’s expected naturally or has been observed historically. The USGS states that habitat loss is the primary cause of this acceleration. Deforestation, the use of pesticides, agriculture, and urbanization all contribute to habitat loss.

Other reasons for increased extinction, the USGS notes, include exploitation of wildlife, pollution, and introducing non-native species that can be harmful.

Yes, as the USGS has claimed, extinctions are still happening today and are, in fact, increasing.

Often, when you think of extinction, you think of creatures like dodo birds or dinosaurs, which disappeared hundreds or even millions of years ago. But in the year 2021, 23 federally protected species (22 animals and one plant) were proposed to be declared extinct in the United States. The most to be moved at once from endangered to the extinct list since the 1973 Endangered Species Act (ESA).

The list included the ivory-billed woodpecker, the little Mariana fruit bat, multiple species of mussels, and 11 species that were from the Hawaiian and Pacific Islands.

How Many Plant Species Are Endangered and Extinct?

Scientists know of over 500 extinct plants today, though the number is likely significantly higher due to a lack of historical data.

The U.S. Fish and Wildlife Service tracks endangered and threatened species of plants. It lists 943 as endangered or threatened. However, this is only a portion of the estimated number of threatened plants. Estimates say it’s closer to 22% to 47% of all the world’s plant species are endangered. Given there are 310,000 to 422,000 plant species worldwide, this would be 68,200 to 198,340 endangered plant species.

What Are the Extinct Species of Plants?

There are a vast number of plant species that have been declared extinct. In some cases, the plant is no longer known to exist on earth. In other cases, a plant is considered extinct in the wild, which means it no longer exists in its natural habitat. But these plants may still be alive in human-made ecosystems, such as botanical or personal gardens.

Here are some examples of plants that are extinct:

Phyllostegia glabra var. lanaiensis: This perennial herb from the mint family was proposed for extinction in 2021. It had narrow leaves with toothed edges and white flowers that sometimes had a purple tinge.
Cooksonia: This ancient species was a vascular land plant. Its existence has been confirmed through fossils found in Europe, North America, and Africa.
Sigillaria: Similar to Joshua trees, these plants existed 300 million to 360 million years ago and provide us with fossil fuels today. A fun fact about sigillaria: They had scales instead of bark.
Acalypha dikuluwensis: This plant was native to the Democratic Republic of the Congo and was declared extinct in 2012 by the International Union for Conservation of Nature (IUCN). It’s believed that this species went extinct due to surface mining.
Angel’s trumpets: This flowering shrub is an example of a plant that’s extinct in the wild but still cultivated around the world as ornamentals and by indigenous people in South America as medicinal and religious plants.

What Are the Extinct Species of Animals?

According to the IUCN Red List, there are over 700 extinct animal species, including:

What Are the Top Endangered Animals?

According to the World Wildlife Fund (WWF), there are currently 17 animals that are considered critically endangered. However, a search for critically endangered species on the IUCN Red List returns over 3,000 animals, including varieties of insects, gastropods, and spiders.

Based on the WWF list, here are the top critically endangered animals.

A number of great ape species are currently listed as critically endangered: three orangutans and three gorillas. They are as follows:

According to the WWF, orangutans are important to the ecosystem because they’re the “gardeners of the forest.” The populations of orangutans have suffered from habitat loss due to logging and developing palm oil plantations. Hunting and the pet trade are also major threats.

As for gorillas, population counts are hard to determine due to the dense, rugged terrain they inhabit and their wariness of humans. However, it’s estimated that:

There are only about 200 to 300 Cross River gorillas. Because this subspecies is so small, it’s at risk of inbreeding and losing its genetic diversity.
The eastern lowland gorilla has declined by over 50% since the 1990s due to habitat loss, illegal mining, and civil unrest.
The western lowland gorilla has lost over 60% of its population in the last few decades due to poaching and disease.

The Hawksbill sea turtle is listed as critically endangered due to multiple threats. In addition to the destruction of their nesting and foraging habitats, other threats include:

The WWF states that Hawksbill turtles are important to the environment because they “maintain the health of coral reefs.”

There are three species of rhinos on the critically endangered list: the black rhino, the Javan rhino, and the Sumatran rhino. The black rhino was once the most common rhinoceros found on Earth, but the species’ population greatly diminished due to poaching for rhino horns. The IUCN estimates there are only over 3,000 mature black rhinos in existence, but the number is increasing.

The Javan and Sumatran rhinos, however, each have fewer than 100 individuals in existence.

The saola is a rare, elusive animal that lives in the Annamite Mountains of Laos and Vietnam. A close relative of wild cattle and buffalo, the saola was just discovered in 1992, and it’s often called the “Asian unicorn.”

Porpoises are a type of cetacean, like whales and dolphins. Two porpoises — the Yangtze finless porpoise and the vaquita — are on the critically endangered species list.

The Yangtze finless porpoise lives in freshwater. Its population has been threatened by overfishing (leading to a decrease in food supply), pollution, and ships moving along the river. The Baiji dolphin also used to call the Yangtze River home, but it was declared functionally extinct in 2006.

The vaquita is found in the waters of the Gulf of California. There were estimated to be 567 vaquitas in 1997, but as of 2015, the population had dwindled to 59. The biggest threat to these porpoises is getting caught in gillnets set by totoaba fishers.

What Other Animals Are Endangered?

While not critically endangered, here are some of the other animals that appear on the list of endangered species:

Yes, there have been a variety of wildlife conservation success stories that have brought animal species back from the brink. Let’s look at a few examples.

In 1963, the bald eagle was near extinction, as there were only 417 nesting pairs of eagles left. But after various protections, the bald eagle moved up from “endangered” to “threatened” in 1995, and in 2007, it was removed from the threatened and endangered list altogether. As of 2021, it’s estimated that the population of bald eagles in the U.S. exceeds 300,000.

Another species that narrowly missed extinction was the humpback whale. As of 1966, there were only 1,200 humpback whales in existence due to commercial whaling. But today, the IUCN estimates 84,000 mature whales.

Finally, the once endangered giant panda has been upgraded to “vulnerable.” This is thanks to research and conservation efforts in the U.S. and China.

Help With Conservation Efforts by Protecting the Environment

Check out the wide range of carbon removal products Terrapass offers to cover all types of situations. These credits can help offset the carbon you produce, allowing you to do your part to preserve our world.

The post Roundup of the Most Endangered Species in the World appeared first on Terrapass.