Sustainable Energy Sources: Everything You Need to Know 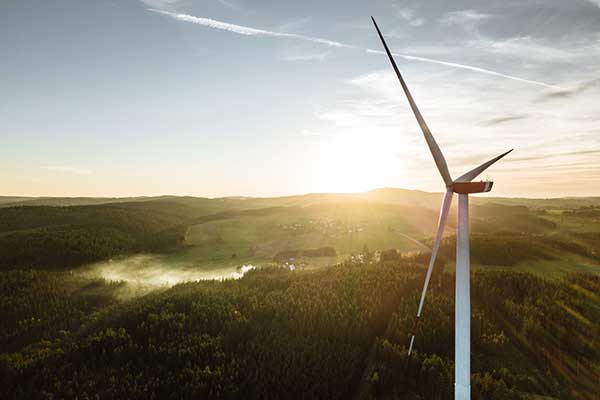 If there is one thing that humanity will always need, in addition to the basic necessities of life, it is energy. From the primal beginnings of taming fire to the industrial revolution, we have always sought out ways to use energy to enhance our lives — and this is even more apparent in the modern world, where everything is digitized.

Given that we need energy so badly, it is imperative that we use the best sources possible. After all, conventional sources of energy, such as coal and oil, are finite and will eventually run out. It is crucial that we adopt more sustainable energy sources to ensure that we can power our constantly accelerating energy needs. In addition to this, it is important to lessen the effects of climate change that are caused by pollutant byproducts of traditional energy production, such as carbon dioxide (CO2) and other greenhouse gases (GHGs).

Below, we cover common questions and areas of concern with regard to different types of energy generation. This includes covering the sustainability of wind, nuclear, solar, and geothermal energy as well as exploring why coal is not considered sustainable and whether renewable energy can replace fossil fuels.

How Sustainable Is Wind Energy?

Wind energy is one of the most sustainable forms of energy currently available. It harnesses the power of naturally moving air to spin wind turbines, which in turn generate electricity. Not only is this great because it provides a regenerative form of energy, but it also does so without greenhouse gas emissions.

Some of the best attributes that make wind energy sustainable include:

No fuel inputs
No CO2 or other GHGs
Infinite energy source from wind, which is powered by the sun indirectly
Long-term use potential
Ability to be implemented all over the world

In addition, producing wind energy can be used as a form of carbon offset to lower overall emissions from other energy resources.

How Sustainable Is Nuclear Energy?

Nuclear energy is, perhaps surprisingly, a very sustainable form of energy — depending on how you view it. In terms of abundance and the absence of carbon emissions, nuclear power is right up there with renewables. It also has the added advantage of constant reliability: Nuclear energy can be used as a baseload power source, which is not possible with intermittent renewables.

This is why many climate activists and energy analysts passionately recommend more nuclear capacity to reach our carbon-free energy goals. Nuclear power can provide an abundant baseload power source that could, in tandem with renewables, meet our growing energy demands in a way that no other currently available energy source can.

However, there is one big catch: nuclear waste. This is where terming nuclear energy as “sustainable” becomes hotly contested because there is a lot of potential danger to the environment from radioactive waste. There is a strong anti-nuclear sentiment in many areas of the globe, especially after high-profile accidents such as Chernobyl and Fukushima.

So, which is it? Is nuclear energy sustainable or unsustainable? The only way to truly answer this question may be in a new form of nuclear technology that is currently on the verge of being deployed. This technology is known as Small Modular Reactors (SMRs), and they take all the positive aspects of traditional nuclear power while mitigating virtually all of the downsides.

These reactors generate carbon-free electricity without the radioactive waste or potential for catastrophic meltdowns caused by core temperatures getting too high. They are also scalable and modular, meaning costs are lower and implementation is easier than large-scale reactors. If traditional nuclear energy is on the fence, these next-generation SMRs are definitely on the side of sustainability.

How Sustainable Is Solar Energy?

Solar energy, much like wind, is one of the most sustainable energy sources currently available. In fact, given its modular and scalable nature — where it can be utilized as part of massive solar fields or mounted on individual homes — it may be the most practical form of sustainable energy in use today.

Solar power uses photovoltaic solar panels that convert energy from photons (light from the sun) into usable energy for us here on earth. Though this form of energy is not the most efficient, it has improved dramatically over the past 50 years — especially in the past decade. Solar energy efficiency improved from less than 5% efficiency up to 22% today. And with this efficiency improvement, cost improvements followed. The price of solar power has decreased 60% since 2008; it is even considered to be the cheapest form of energy in history.

No fuel input
Unlimited energy from the sun, the most abundant energy of all by far
Long-term use potential
No CO2 or other GHGs
Ability to be used anywhere in the world, and even outside the world (in outer space)
Ability to be implemented anywhere, from garage roofs, to roadways, to Mars rovers

Much like with wind energy, producing solar energy can also be used as a form of carbon offset to lower overall emissions from other energy sources.

How Sustainable Is Geothermal Energy?

Geothermal energy is incredibly sustainable and, in areas that are geologically active, incredibly reliable. The biggest downside to this form of energy is that it is very geographically dependent, much like hydroelectric power. While almost everywhere that people reside on the planet has sunlight and wind available, to at least some extent, not everywhere has moving water or geothermal capacity to harness these more static forms of electricity generation.

There is an added advantage to geothermal energy, however, that makes it more applicable and accessible to a breadth of areas around the world. Because geothermal literally means “heat from the earth,” it can be used as a form of heat energy much easier than it can be used to produce electricity through steam that moves turbines. This also means that it can be tapped into almost anywhere in the world, if your goal is to regulate heating and cooling in buildings.

If you were to dig below ground only a few meters, it would be roughly the same temperature — anywhere below the arctic circle and above Antarctica. There are geothermal exchange systems now available that can tap into this reliable source of heating (or cooling, depending on where your building is located) that is relatively easy to implement and incredibly sustainable for the environment. These involve geothermal heat pumps and do not necessitate the use of large-scale geothermal power plants.

What Is Sustainable Energy Engineering?

Using processes such as carbon offsets is also a part of sustainable energy engineering, as they decrease overall CO2 emissions as part of a holistic approach to carbon-neutral energy systems.

What Are Sustainable Energy Systems?

Sustainable energy systems are entire energy networks that incorporate energy efficiency and conservation. These systems deploy alternative electrical energy generation using solar, wind, hydrogen fuel cells, micro-hydropower, and other forms of clean energy. They also implement other alternative forms of energy, such as active or passive solar tech, geothermal exchange, and less energy-intensive means of creating heating or cooling for buildings. This also applies to water heating systems as well, which can be used with direct solar heating as well as tankless heating systems.

Why Is Coal Not Sustainable?

Coal is not sustainable for two main reasons: It is finite, and it emits carbon dioxide.

Whether your definition of sustainability focuses more on the renewable aspect (involving infinitely available energy) or more on the environmental aspect (involving less CO2 emissions), coal does not meet either of these criteria. This fossil fuel is finite in nature, with a limited amount that cannot be regenerated, except after hundreds of millions of years, and it emits more CO2 than its fuel cousins — oil and natural gas.

Renewable energy is fast replacing fossil fuels across the world — but it is unclear if they can replace them completely. The issue lies in how traditional non-renewable energy sources, such as fossil fuels, are used. Renewable energy resources are almost exclusively used for electricity generation, with notable exceptions such as biomass energy (biofuels or other bioenergy). Fossil fuels, on the other hand, are combustible and are used to directly power internal combustion engines and other processes that do not use electricity.

While electrification is growing, as evidenced with the move toward electric vehicles and related changes, there is a catch: It will be difficult to generate 100% of worldwide electricity with renewable power. Hydropower currently supplies the majority of renewable energy on the planet, but it is not as scalable as solar or wind power. And given that electrification of everything will require the electric grid to grow in correlation, this means we would not need to generate 100% of our electricity with renewables — we would need to generate an additional 85% or more on top of that. This makes it very unlikely that we will be able to fully replace fossil fuels solely with renewable energy.

Alternative energy has a much better chance of replacing fossil fuels because more energy sources are available under this category. In addition to renewables, alternative energy encompasses nuclear power, biofuels, synthetic carbon-emission-free fuels such as ethanol, and emerging technologies such as hydrogen fuel cells. Given the breadth of these sources, their combination of baseload and intermittent availability, and their use in more than just electricity generation, this clean energy mix could feasibly replace fossil fuels in the near future.

Marty Lagina is the Founder and Chief Executive of Heritage Sustainable Energy, LLC, which was formed in 2004 as a renewable energy provider. Heritage operates a total of 139.2 megawatts (MW) of installed renewable energy capacity, with hundreds of MW of additional wind energy generation planned for the near future.

You may recognize Marty from the television series “The Curse of Oak Island” — he and his brother have been attempting to locate and extract a legendary treasure hoard off the coast of Nova Scotia. He has a BSME from Michigan Technological University, a J.D. from the University of Michigan, and over 30 years’ experience in the energy business. As majority owner, Marty oversees all fundamental aspects of Heritage’s wind energy business.

The post Sustainable Energy Sources: Everything You Need to Know appeared first on terrapass.