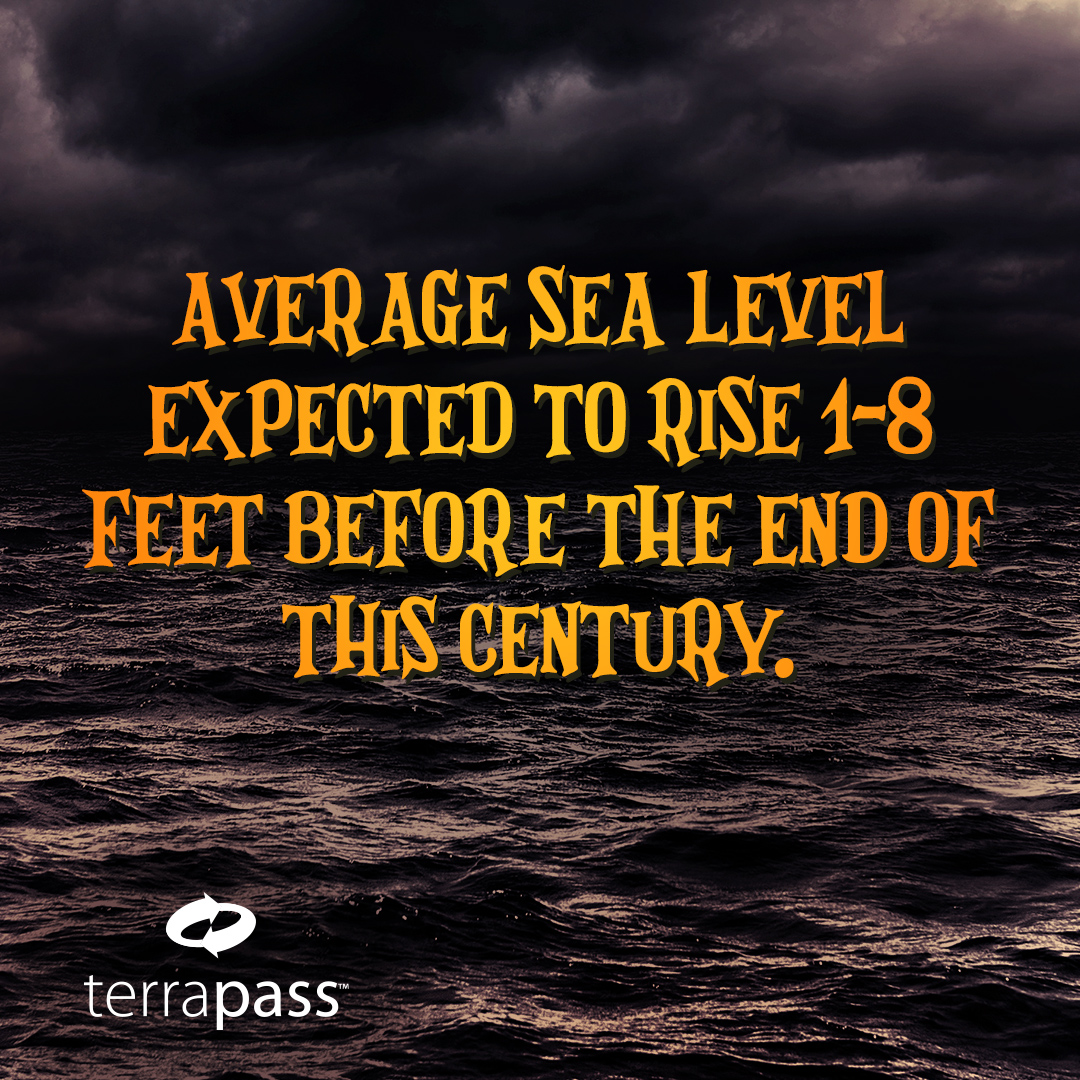 Spooky season is here, and we’re ready to scare you with our top ten most TERRIFYING facts about climate change. Climate change impacts us year-round though, and no better time to restore the balance than now.

1) The Average Sea Level is expected to rise at least a foot, and worst-case scenario up to EIGHT feet! It won’t stop there! Sea level has risen 8-9 inches since 1880 and the rate is only accelerating.

2)  The average global surface temperature has increased 2.12 degrees Fahrenheit since 1880. Two-thirds of that being since 1975, just highlighting that human activity is a big factor.

3) The US accounts for 4.4% of the world population, yet one of the biggest greenhouse gas emitters after China at number one with almost double the share. Transportation in the United States makes up for the almost a third of greenhouse gas emissions.

4) Greenland & Antarctic ice sheets have decreased an average of 427 billion tons of ice per year.  To really put that number into perspective, imagine 19 football fields.

5) 11% of greenhouse gas emissions caused by humans are due to deforestation. Carbon dioxide can be emitted from forestry including clearing for agriculture and degradation of soils. On the contrary, reforestation can remove CO2 from the atmosphere!

7) The intensity and frequency of extreme weather events has undoubtedly increased in the United States. Warmer air contains more water vapor than cooler air, and the extra moisture in the air leads to heavier rainfalls, leading to catastrophic floods.

8) The ocean absorbs approximately 30% of human-made CO2 changing the chemistry of seawater to become more acidic. This first affects marine life like coral and plankton being able to form shells and skeletons, and ends with some groups of small fish with a loss of habitat and food supply.

9) Not only are oceans becoming more acidic, but ninety percent of global warming is happening in the ocean causing their temperature to rapidly increase. Heat causes the water to expand, causing the sea level to rise, and changes the oceans health and biochemistry.

10) Snow cover has decreased over the past five decades and is now melting even earlier. Snow is reflective and an important role in regulating the earths internal temperature reflecting sunlight back into space. Decreased snow is leading to dryer soil and increasing risks of wildfire as well as a decrease in drinking water and irrigating crop water.

So what’s next; can we begin repairing the damage we’ve already done? Many major companies have established sustainability goals, and some states have made mandates for going green, but everyone needs to make this a priority.

Investing in energy-efficient appliances, reducing your water use, and unplugging idle items in your house are a great start to becoming more sustainable. Shrinking your carbon profile with a monthly carbon offset subscription gives you another easy option that you can begin today.

Interested in learning your current carbon emissions from your daily activities? Check out our Carbon Emission calculator and see the steps you can take to offset your carbon footprint.

Brought to you by terrapass.com