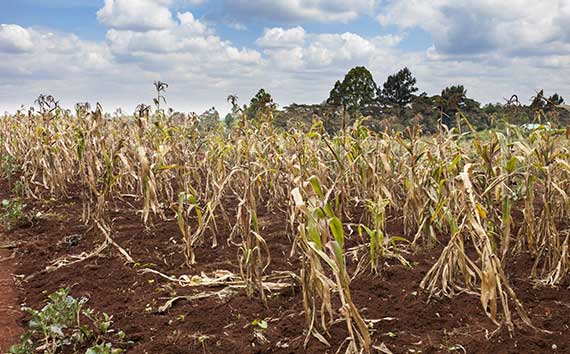 Our global climate is under threat, but we have the power to turn the tides. We can best combat this issue through understanding and appropriate action.

This article will cover what you need to know about climate change. We will go over how it relates to global warming, how it could impact the quality of human life, and what the primary causes of climate change are. We will also touch on the measures you can take to mitigate the global effects of climate change and solutions to curb carbon emissions.

What Is Climate Change?

To understand climate change, it is important to understand the difference between climate and weather.

Weather is the regular changes in atmospheric events we see over a short period and in different places around the globe. For example, one day, the weather outside could be sunny, and the next day, it could be raining. Weather is a local phenomenon, meaning it could be a calm, breezy afternoon where you are, but somewhere else on the planet, there could be hail and thunderstorms.

Climate is the typical weather of a region, measured over a period of time. For example, the climate at the equator is warm and wet throughout the year with marginal changes in temperature. On the other hand, the climate in the arctic is cold and dry.

There are six major factors that affect the climate of a place:

The observable changes in climates and weather patterns over time are called climate change. While there is evidence in Earth’s geological record that climate change has always occurred, the concern with today’s changing climate is the rate at which it is happening.

Why Is It Important to Recognize Climate Change?

The presence of rapidly changing climates has many implications for how we go about our lives and how environments and animals survive. When we recognize and understand the impacts of climate change, we can begin to prevent some of the adverse outcomes that could arise in the wake of a changing global climate.

Climate change affects many areas of our lives, including:

Persistent droughts and heatwaves in some regions could impact agriculture and threaten food security.
Our access to fresh drinking water is threatened as reservoirs receive less snowmelt and rain.
Air pollution can harm air quality and pose a risk to human health.
Increases in precipitation in other regions can cause flooding.
Rising sea levels could displace individuals who live in low-elevation coastal areas.
Increases in extreme weather events and wildfires can impact many regions, causing devastation to communities and damaging infrastructure.

To ensure basic human needs and public health remain protected around the globe, we need to study and understand what causes climate change. Through understanding, we can come to solutions that will maintain and help improve the quality of life on Earth.

How Climate Change Affects Animals and the Places They Live

Not only does climate change affect our lives, but it is also responsible for altering environments, the oceans, and the animals that live in these places. The condition of Earth’s environments and animals is essential to maintain healthy ecosystems and a healthy planet in general.

Our oceans are under threat. Currently, the oceans are absorbing more heat as atmospheric temperature rises. This causes ice sheets to melt in the polar regions and ocean levels to rise, resulting in coastal flooding and land loss around the globe. Increased acidification in oceans is making life difficult for certain types of marine life.

Just as many people have to adapt to a changing climate, animals also have to adjust. Some environments like wetlands are threatened by rising ocean levels, putting many species at risk. As temperatures change, some animals move to new locations, creating more competition within ecosystems and posing a threat to certain species. Climate change poses a threat to our planet’s biodiversity as some animals may not be able to survive if their ecosystems continue to change.

What Are the Causes of Climate Change?

Here are some of the natural contributing factors of climate change:

Subtle changes in the Earth’s orbit and rotation can result in less sunlight in certain regions, causing the planet to cool and enter into ice ages.
Changes in solar activity can alter how much heat the Earth receives from the sun.
The amount of light absorbed or reflected by the Earth’s surface can contribute to climate change. Changes in Earth’s surface, like melting sea ice, can cause rising temperatures as more warmth is absorbed into the ocean’s dark surface.
Large-scale volcanic eruptions can cause changes in the climate. Some volcanic eruptions release large amounts of carbon dioxide, which contributes to global warming. Other volcanoes release clouds of particles into the upper atmosphere, which can reflect sunlight and cause global temperatures to cool.
Carbon dioxide in the atmosphere has fluctuated with changing glacial cycles, causing differing amounts of greenhouse warming effects to occur throughout Earth’s history.

While these natural factors have played a role in Earth’s changing climate, human industrial activity appears to have increased the rate at which Earth’s climate is changing. Here are the two primary ways humans contribute to the changes we are seeing:

Humans have contributed to rising greenhouse gases, especially carbon dioxide, methane, and nitrous oxide. These greenhouse gases block the sun’s radiation from leaving the Earth’s atmosphere, causing a warming greenhouse effect to occur around the globe. Since the Industrial Revolution, activities like burning fossil fuels have contributed to increasing these greenhouse gases.
Human activity alters the reflectivity of the Earth’s surface. Large urban areas with many buildings, houses, and roads are much warmer than surrounding areas because more energy from the sun is absorbed into these surfaces. On the other hand, deforestation changes dark-colored forests to lighter-colored farmland and causes more energy from the sun to be reflected, causing lower temperatures in some regions.

Are Climate Change and Global Warming the Same Thing?

Climate change and global warming differ, but they are related in some ways. Global warming is concerned with the rising surface temperatures of the Earth. In contrast, climate change involves many different atmospheric changes that occur in local, regional, or global climates over a long time.

Climate change refers to many aspects of a changing climate, like increased precipitation, rising sea levels, long-lasting droughts, and regional and global temperature increases. One way to think of it is that global warming is one of the many effects under the larger umbrella of climate change.

When you hear someone talk about global warming, they are likely referring to increased global temperatures that have been caused by human activity since the Industrial Revolution. Activities like burning fossil fuels release greenhouse gas into the atmosphere and lead to global warming.

When Did Climate Change Start?

This question requires a two-part answer: First, as stated earlier, natural climate change has always occurred on Earth; however, only recently has human-induced climate change begun to appear at such an accelerated rate.

In the past 650,000 years alone, there have been seven cycles of glaciers advancing and retreating. Our modern climate era began when the last ice age ended 11,700 years ago. These changes occurred over a significant amount of time and occurred due to earth’s natural to variation.

Even before the middle of the last century, research indicates that ocean temperatures increased as early as the 1830s. The study points to how quickly the Earth’s oceans began to warm after increasing carbon dioxide in the atmosphere following the Industrial Revolution. This means the state of the global climate is sensitive and responds quickly to increases in greenhouse gas. For this reason, the conditions that are known to cause climate change should be considered carefully so we can come to solutions to prevent the rapidly changing climate.

What Is the Biggest Contributor to Climate Change?

Human activities are the most significant contributor to global climate change, and of those activities, burning fossil fuels that release greenhouse gas is the greatest contributor.

As we can see from these numbers, carbon dioxide is the largest contributor to the greenhouse gas effect. Carbon dioxide is released when burning fossil fuels, plant matter, and other biological materials. It is also released through some chemical reactions.

The three primary industries in the United States that contribute to the release of carbon dioxide into the atmosphere are as follows:

As we continue to understand where carbon emissions come from, we can begin to prevent the excessive release of greenhouse gas into the atmosphere. We can start switching to clean energy sources and begin learning the advantages and disadvantages of such energy sources so we can fine-tune them as we move into the future.

What Is the Evidence That Indicates the Climate Is Changing?

Climate science involves gathering information about the history of Earth’s climate. The practice of studying the climate has amassed significant amounts of evidence that indicates the climate is changing. But, what exactly is this evidence, and how do climate scientists gather it?

Today, the climate is actively monitored around the globe with the help of various data-collecting methods. Air and sea temperatures are measured worldwide, and it is clear from the trends that temperatures are rising. Satellite imagery is used to observe the melting ice caps. Studies have been performed on the radiation-absorbing properties of carbon dioxide. It is known that carbon dioxide is released into the atmosphere; therefore, scientists can understand the warming effects of excessive carbon dioxide in the atmosphere.

As for the study of Earth’s ancient climates, this activity is performed by paleoclimatologists. These individuals study ancient climates by looking for the composition of the layers and rings found in sedimentary records, trees, ice, and coral reefs. They can then put together models to get an idea of the climate over the course of Earth’s history.

How Can We Make a Difference?

It is not too late to stop climate change. So long as we take immediate climate action, we can slow the effects of global warming. While the planet’s temperatures would continue to rise for some time after all human emissions were stopped, the Earth would stabilize again.

As the world continues to opt for renewable and clean energy solutions, like wind power, solar, hydroelectricity, geothermal electricity, and nuclear power, we can be sure we are making strides in the right direction.

A Changing Climate Calls for a Changing World

Climate change poses a threat to our daily lives, but because we have studied it and understand our role in its evolution, we can start to make the changes to stop it. When businesses and individuals begin to cut their carbon emissions and the warming effect of greenhouse gases begins to slow down, the Earth will start to restore itself.

One of the best ways to continue fighting climate change is to educate yourself and others on how they can contribute! If we all put in the effort to make a difference in the fight against global climate change, we can overcome this challenge together.

At Terrapass, you can use our carbon calculator to track your carbon footprint and to see how you can begin making a difference. We sell carbon offsets for individuals and businesses who are looking to make a positive impact on global climate change.

The post The Science Behind Climate Change and What We Can Do to Help Out appeared first on terrapass.