What’s the Difference Between Green Plans and Carbon Offsets? 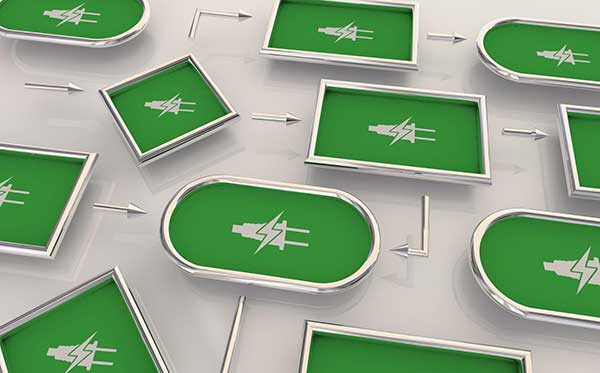 In the race to find solutions to the climate crisis, there are many potential avenues to explore. Two of the most widely discussed and implemented of these options are green plans and carbon offsets. Both options offer unique angles to address carbon emissions and climate change — with certain situations often calling for one over the other.

Learn the basics of what green plans and carbon offsets are, and find out how they can be implemented. Then, discover which situations are more appropriate for each one, as well as the ways in which these two distinct strategies can work together for more effective climate action.

What Are Green Plans?

Green plans are, essentially, comprehensive environmental strategies that aim to improve overall sustainability in the world. The term “green” in this instance doesn’t harbor any political or ideological meaning, but rather refers to the general positive environmental effects, much in the same way as green energy or green jobs.

Most green plans take a long-term outlook with thorough consideration of environmental issues and green infrastructure integration plans to ensure these issues are properly addressed. Good green plans also take economic realities into account to balance green practices with financial capabilities. This ensures proposed changes have a chance of being carried out instead of just talked about.

Some green plans are overly ambitious or do not adequately account for the economic and social realities necessary to make sure they’re able to succeed. However, they’re still crucial tools for improving long-term environmental quality through natural resource conservation and the creation of sustainable economic systems.

Successful green plans propose sustainable alternatives to current activities that negatively impact the environment. At their best, these plans integrate scientific, economic, and political interests to develop a strategy to achieve sustainable prosperity for people and the planet.

What Are Carbon Offsets?

Carbon offsets are used to mitigate CO2 emissions that have already entered the atmosphere. They sequester, or capture, carbon dioxide emitted from certain actions and activities and negate the equivalent amount of emissions.

Offsets are measured in carbon dioxide equivalents (CO2e) because they can be used for other greenhouse gases as well, including methane, which is even more potent than CO2 when it comes to atmospheric warming.

Offsetting can be carried out for the entire carbon footprint of a large company or for a lone individual — and it can also be done for individual activities, such as a single flight. This is usually accomplished by purchasing carbon credits, which are generated from carbon capture projects. In most cases one carbon credit is equal to one metric ton of CO2 removed from the air.

Anyone who wants to offset any amount of their carbon footprint can purchase these credits. If a person or a group, such as a company, purchases enough carbon credits to equal the amount of tons they have emitted, they become carbon neutral.

One important note: Once someone purchases credits, those credits must be retired to effectively remove the CO2 associated with them. Once credits are retired, they are unable to be counted again, removing the possibility of double counting credits, which keeps emissions reductions closer to the true amount.

The compliance applies mainly to larger, more carbon-intensive companies and industries that must contend with cap and trade systems set out by whatever jurisdictions monitor these amounts. With cap and trade there is a set limit of carbon, or a cap, that the company is allowed to emit. Companies must then “trade” to set their emissions amount under the allowable limit. They do this by purchasing enough CER credits to keep emitted carbon levels below a government-mandated cap.

The voluntary market, on the other hand, is quite different. It’s not only for companies — it’s for anyone who wants to offset emissions. This market has figuratively exploded over the past half a decade or so, driven by consumer demand for environmental accountability and investor demand for companies that have strong sustainability metrics in place. The future of investing, commerce, and business in general is likely to involve a large amount of offsetting.

What Are the Main Differences Between Green Plans and Carbon Offsets?

Green plans are meant to address the vision of the future. They involve reducing CO2 emissions and creating better overall climate strategies, among other broader environmental policies. These plans are crucial for our long-term prosperity and essential for ensuring we deal with the impending climate crisis. We need well thought out and executed green plans for our future.

Carbon offsets, on the other hand, are designed to affect the present. They address direct and indirect carbon emissions through reductions carried out by external projects that either capture CO2 or avoid its release in a measurable way.

Offsets are typically measured in verified emissions reductions (VERs), which are subtracted from emission totals to determine net overall emissions. This can be used by any individual or group that wishes to lower net CO2 emissions — from large scale organizations to a single person trying to offset their carbon footprint for the year.

In What Ways Are Green Plans Better for Climate Action?

While creating green plans and buying carbon offsets are both beneficial, there are some ways that each method is more suitable for addressing certain environmental needs. Green plans offer the ability to:

How Are Carbon Offsets Better for Climate Action?

When it comes to more immediate climate action, carbon offsets are better than green plans in several different ways. These include the ability to:

Can Green Plans and Carbon Offsets Be Used Together?

Yes, green plans and carbon offsets can be used together. In fact, these two complementary approaches are able to affect the most positive environmental change when used in tandem.

Offsets are a part of any realistic and ambitious green plan, especially ones that seek to mitigate climate change in the short-term. And while offsets are a great solution to mitigating emissions at present, we will need to drastically reduce emissions at the source (as in, by stopping emissions in the first place instead of capturing them after they reach the atmosphere) if we are to truly lower the world’s carbon footprint to near zero. This is why green plans are essential.

Green plans serve as a roadmap for stopping emissions — and during the implementation period, we need to use offsets to mitigate emissions until they can be shut off completely.

What Does the Future Hold for Green Plans and Carbon Offsets?

Carbon offsets will be a part of climate action for the foreseeable future — the exact amount of time will depend on how quickly the world can adopt and move towards carbon-free energy. Green plans should become more defined in the years to come, with more measurable targets.

We may continue to rely heavily on offsets for at least the next decade or so, easing away from these as industries change and less CO2 is emitted.

In the end, the future is impossible to predict, but one thing is certain: We are moving towards a low carbon global economy with no option to turn back. Not only is it in the best interest of humanity — and the planet we call home — it now makes economic sense to go green.

Purchasing offsets costs money, but failing to address your company’s carbon output and refusing to offset will likely cost you the company. That’s how important sustainability metrics and carbon neutrality have become.

Companies that do not adopt better environmental policies are not only getting left behind, they are faltering. Consumers are demanding accountability from brands, and so are investors. 70% of institutional investors apply sustainability metrics when making investment decisions. This proves that green plans and carbon offsets are now at the very core of society — at the convergence of people, planet, and profit.

The future will heavily feature these environmental actions, and only time will tell if they are able to do enough.

The post What’s the Difference Between Green Plans and Carbon Offsets? appeared first on terrapass.